Menu
My Account
100% Aussie, with full warranty on all products
Free delivery for online orders over $99
Easy Returns 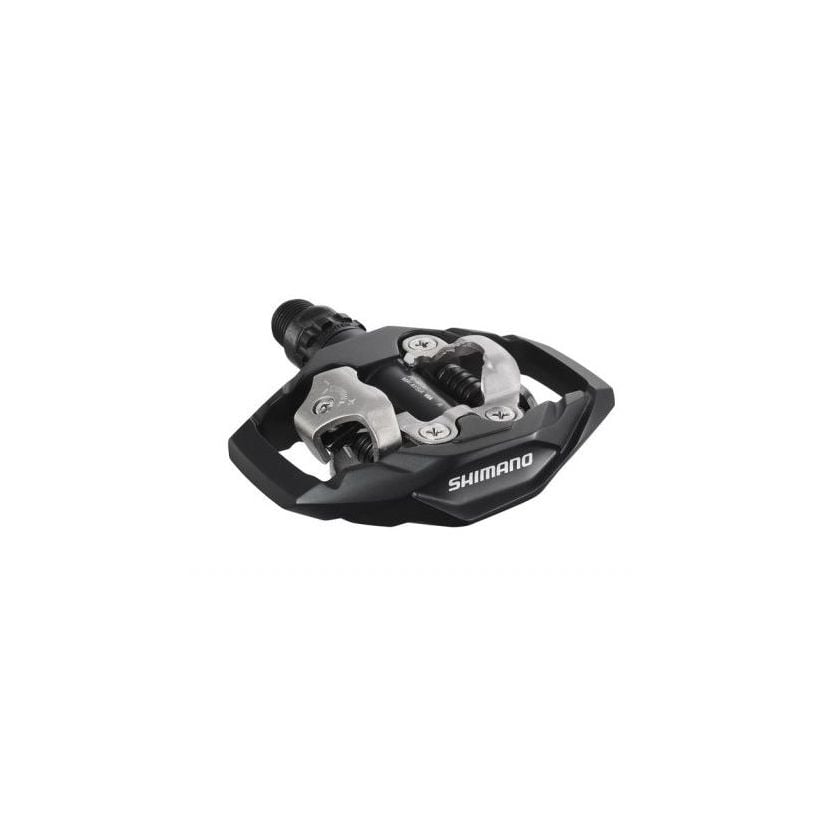 Skip to the beginning of the images gallery
5+ In Stock
Item Number
EPDM530
$60.99
Estimate Shipping
Shipping
Order before 2pm to ship immediately - Business Days
Easy Returns
Info Here
Payment Option
Interest FREE Options For Orders Over $50
Product ID
96070
Description
Shimano PD-M530 pedals were designed to make you love cycling! Get better performance, results and efficiency with this all-new design. Pushys Helpful Hints Pushys Bike Gear helpful hints make your shopping experience easier& help choose the right product. If you need more help contact a Pushys staff Member who Live & Breath Bikes. Clipless pedals (also clip-in or step-in) require a special cycling shoe with a cleat fitted to the sole, which locks into a mechanism in the pedal and thus holds the shoe firmly to the pedal. Most clipless pedals lock onto the cleat when stepped on firmly and unlock when the heel is twisted outward, although in some cases the locking mechanism is built into the cleat instead of the pedal. Clipless refers to the toe clip (cage) having been replaced by a locking mechanism and not to platform pedals which would normally not have toe clips. The clipless pedal was invented by Charles Hanson in 1895. It allowed the rider to twist the shoe to lock and unlock and had rotational float (the freedom to rotate the shoe slightly to prevent joint strain). The M71 was a clipless pedal designed by Cino Cinelli and produced by his company in 1971. It used a plastic shoe cleat which slid into grooves in the pedal and locked in place with a small lever located on the back side of the pedal body. To release the shoe a rider had to reach down and operate the lever, similar to the way a racing cyclist had to reach down and loosen the toestrap. The lever was placed on the outside edge of the pedal so that in the event of a fall the lever hitting the ground would release the foot. The pedal was designed for racing, in particular track racing, and because of the need to reach them to unclip they have been referred to as "death cleats". In 1984, the French company LOOK applied downhill snow skiing binding or cleat technology to pedals producing the first widely used clipless pedals. Initially used by triathletes in order to facilitate faster "transitions", Bernard Hinault's victory in Tour de France in 1985 then helped secure the acceptance of quick-release clipless pedal systems by cyclists. Those pedals, and compatible models by other manufacturers, remain in widespread use today. The cleat is engaged by simply pushing down and forward on the pedal, or, with some designs, by twisting the cleat in sideways. Then, instead of loosening a toestrap or pulling a lever, the cyclist releases a foot from the pedal by twisting the heel outward. The next major development in clipless pedals was Shimano's SPD (Shimano Pedaling Dynamics) pedal system. Whereas Look cleats are large and protrude from the sole of the shoe, SPD cleats are small and could be fitted in a recess in the sole, making it possible for walking (although comfort will vary, as the soles of different cycling shoes vary in their rigidity depending on design). Cycling shoes have rigid soles to maximize power transfer and efficiency. They may be specific to road or mountain biking, or usable for both. Shoes designed for mountain biking typically have recessed cleats that do not protrude beyond the sole of the shoe, and have treads for walking on trails, as walking or carrying the bike is often required. Road cycling shoes are typically lighter than their mountain bike counterparts, and feature a protruding cleat and less weather proofing. The protruding cleat makes these shoes impractical for walking, as doing so can damage the cleat. Mountain bike cleats can generally be mounted without difficulty to road shoes although sometimes an adapter is required. Such attachment is not usually possible for road pedals, as the cleats are normally too large to be mounted on mountain shoes. The smaller mountain bike cleats are attached to the sole of the shoe by two bolts; larger road-specific cleats are attached by three. Various manufacturers have produced their own designs of clipless pedal systems over the years, most notably BeBop, Campagnolo, Coombe, Crank Brothers, LOOK, Shimano, Speedplay, and Time.
Features
• Easy to clip in/out SPD mechanism • New design for increased stability for safe riding performance • You will love the increased efficiency • Discover clipless pedal performance • Ideal for trail, commuting & MTB touring • Durable, reliable and rock-solid
Returns
Returns

For faulty, incorrectly supplied or damaged items, original and return shipping fees will be covered by Pushys. For information on creating a return label for your warranty and where to drop off a parcel you are returning, please contact our returns department on 07 3184 8398 or email [email protected].• We do not accept any packages returned by Aust Post COD.