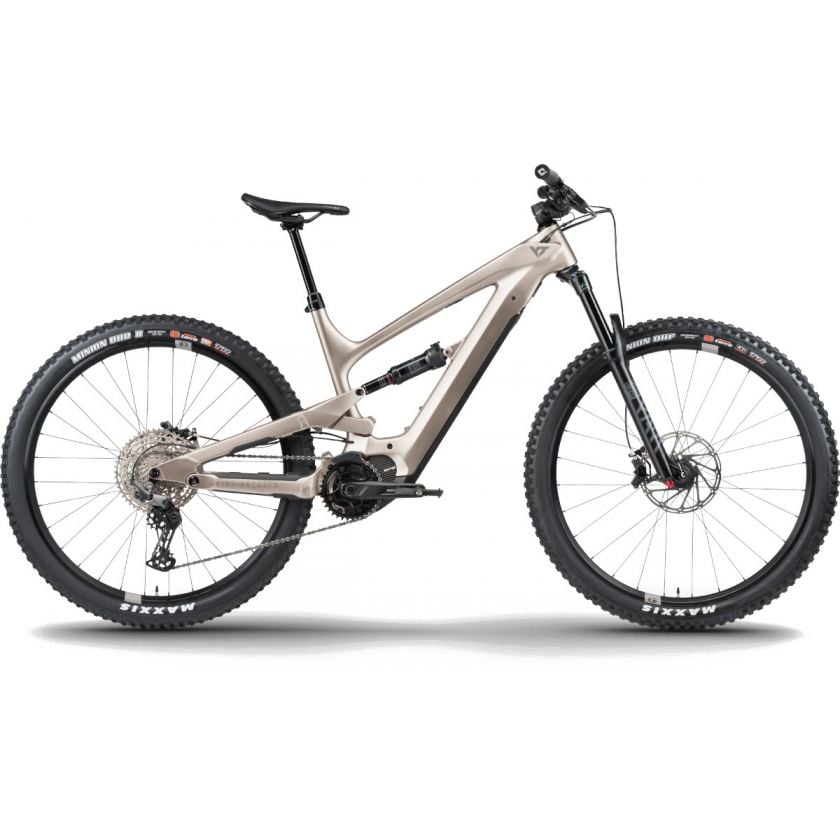 Skip to the beginning of the images gallery
Item Number
101509-PAR
$7,999.00
Easy Returns
Info Here
Payment Option
Interest FREE Options For Orders Over $50
Product ID
286660
Description
Recently released. Coming September 2021.
Click the "NOTIFY ME WHEN BACK IN STOCK" button to know when these are ready to Preorder
Unleash the Power of the DECOY and Shred Uphill! The DECOY 29 is a fast and powerful All Mountain E-MTB. Ready for any adventure, no matter where the trail leads. Thanks to the high-performance motor, you'll go for longer than ever before and experience an entirely new stoke from mountain biking. The DECOY 29 is a versatile All-Mountain E-Bike with genuine YT DNA. Discover Your YT It’s never too late to try something new and find your passion. That’s hardwired into the YT brand, and every bike that they make. Young Talent is what YT stands for. It’s inside us all. It’s up to each of us to find our young and undiscovered talent, to overcome conventions and pursue our dreams. DECOY Core 2 29 – Why You Want It. Packing a whopping 85Nm of assistance torque at your heels on trail speed oriented geometry, the DECOY Core 2 29 is ready to dominate every track. Stay in control riding the trail bumps and features out on the ROCKSHOX Yari RC in front and the ROCKSHOX Deluxe Select following close behind. The power of the new Shimano EP8 motor paired with the custom 540Wh battery guarantees maximum power output on the most technical of trails and will get that adrenaline pumping. On top of all that the carbon hybrid frame, boasting strength, durability looks killer! Kit Level – Focus Performance and Efficiency CORE 2 stands for a versatile platform with a carefully selected parts specification that combines performance and efficiency. The DECOY 29 CORE 2 will please both beginners and experts alike, with its carbon main frame and its aluminium rear triangle. This is a perfect trail-shredding machine, made even better by high-quality components and uncomplicated suspension elements. Regardless of whether you want to go out for a quick rip or a long bike trip – with the DECOY 29 CORE 2 you’ll be ready for anything. Geometry You Can’t Overlook The geometry of the DECOY 29 has been specifically designed for All-Mountain riding. Compared to the DECOY 29/27, the head angle and seat tube angle are steeper, which shifts your centre of gravity further forward. The chain stays are slightly longer than on the mullet bike, which adds more pressure on the front wheel. For better drive, we’ve also made the rear suspension layout even more independent of pedalling forces, so that you can relax a bit more on the way back up the mountain. The big 29-inch wheels roll over obstacles with ease and provide for great stability even at high speed. The Flip Chip lets you adjust the geometry by making the head angle and seat tube angle 0.5 degrees steeper and raising the BB by 8 mm. Further Information Below E-Bike Heart YT developed the 540 Wh battery themselves to achieve more power in a smaller space. As a result, they were able to fully integrate the battery into the down tube and give the DECOY the clean look of a YT. The EP8 Motor Is Just Better! The new EP8 is the result of continuous development. Not only is it stronger, lighter, and quieter than its predecessor, it also delivers the exact right amount of power at the right time, which gives a very natural feel to the assistance. With 85 NM of torque on tap, the DECOY is ready to tackle the steepest of climbs – and thanks to the E-TUBE PROJECT app, it can be perfectly adjusted to every rider and every mission. Flip Chip The DECOY features a Flip Chip on both the MX and 29 builds, to allow you to adjust the geometry according to the terrain and your riding style. The Flip Chip eyelet can now be found on the shock yoke. The low position provides for a more aggressive headtube angle and lowers the BB, ideal for fast tracks. In the high position, the headtube angle is 0.5 degrees steeper and the BB is higher for more ground clearance and better performance on steep climbs. Universal Derailleur Hanger (UDH) The DECOY now sports SRAM’s universal derailleur hanger which guarantees worldwide supply of spares. Sent it too hard? You should be able to find this part in any bike shop around the world.
Features
Carbon Hybrid Frame • Alloy seatstay, chainstay and rocker • Carbon front triangle Specifications • Frame: Carbon Hybrid Frame; V4L | 145 mm | 148x12 mm I DT Swiss Thru Axle I UDH • Fork: ROCKSHOX Yari RC; 29" | 150 mm | DEBONAIR | 15x110 mm | 51 mm Offset • Shock: ROCKSHOX Deluxe Select; 230 x 60 mm | DebonAir | Custom Tune | DB2 • Battery: SMP YT CUSTOM; Removable | 540 Wh | 36 V I 4A Charger • Drive Unit: SHIMNAO EP8; 85 Nm I 250 W I E-TUBE PROJECT APP • Display: SHIMANO E7000; Monochrome I 35 mm • Switch: SHIMANO E7000-L; On-Bar • Cassette: SHIMANO DEORE M6100; 10-51T | 12-Speed I Hyperglide+ • Derailleur: SHIMANO DEORE M6100; 12-Speed | Shadow+ • Shifter Rear: SHIMANO DEORE M6100; 12-Speed I 2-Way-Release • Crankset: SHIMANO EM600; 165 mm • Chainring: SHIMNAO CRE70-12; 36T I DYNAMIC CHAIN ENGAGEMENT+ • Chainguide: E13 e*SPEC Plus; 2 Bolt | 34-38T | Compact Slider • Wheels: CRANKBROTHERS SYNTHESIS ALLOY E-MTB; 29" 31,5 mm I 110 x 15 mm I 6-Bolt 29" 31,5 mm | 148 x 12 mm I 6-Bolt | Microspline • Tyres: MAXXIS Minion DHF; 29" x 2.5 WT I 3C MaxxTerra I EXO I TR , MAXXIS Minion DHR II 29" x 2.4 WT | 3C MaxxTerra | EXO+ | TR • Headset: ACROS AZX-260; Block Lock I High Cap I 2 Spacer 5 mm I Flatcapset • Stem: E13 Base 35; 50 mm | 0 Rise | 6061 AL | Black • Handlebar: E13 Base 35; 780 mm | 35 mm Rise | 9° Back | 5° Up | 6061 AL | Black • Grips: ODI ELITE MOTION V2.1; Lock-On • Brakes: SRAM Code R; Rotor CENTERLINE 200 mm / 200 mm • Seatpost: YT POSTMAN Std. Remote; 31.6 mm | 125 mm (S-M) | 150 mm (L) | 170 mm (XL-XXL) • Saddle: SDG BEL Air 3.0; 140 mm I Lux-Alloy Rail I YT Custom Design *Pictured, "Crank Brothers Stamp" pedals, are not included. This bike is shipped with basic pedals not suitable for demanding trails or racing.
Need some help?
Contact Us